Last weekend I finished the two park, three race challenge, The Caldera Triple. Put on by Vacation Races, who organize half marathons outside National Parks around the country, the Caldera Triple consisted of:

That’s a total of 29.3 race miles in 7 days, so it was a good challenge! I’ve done two half marathons and a full marathon before training for this, so I knew what I was getting into. Preparing for the full marathon last fall was my last big training season, so this was a lot easier by comparison! (Nerdy runner stuff: I did a lot more hill and speed work for this, and focused much more on recovery. I more or less alternated running days with yoga days, because that seems to work best for me, personally).

All of the races were not technically *inside* the park, but just outside of them. We still had fantastic views without totally overwhelming the infrastructure of the parks with 2,500 runners plus spectators!

The first race (Grand Tetons) had the best views.

It was mostly on bike trails or other paved surfaces. I thought I’d set a PR, but I was a little shy of that (Official time: 2:20:07, PR: 2:17:30 or something like that). Probably because I kept stopping to take pictures. 😉

We didn’t get to stay too long to explore Grand Teton NP since we were heading to Yellowstone next, but we did go for a walk at Jenny Lake after the race.

And of course I stopped to do yoga on a rock on the shore, because that’s what normal people do… right?

Not pictured, the poses where I nearly went swimming

The 5k was a trail 5k, which I’d never done before in a race (usually 5k races are like a paved loop around a pond in a park type deal). It had one technical (read: rocks and bumps and high grass and such) section, which seemed to throw off some of the people around me. Since I had the half the next morning, I was taking my sweet time and didn’t worry too much about the slowdown.

For the half marathon, the start time was 7 am, but Nik volunteered to help park cars before the race start that morning (He got me a free race entry to any of their races next year out of it! Also he is just nice and a stickler for well-engineered parking lots). Since he was volunteering, we needed to show up at 4:45 am. Which meant with driving time and such, we needed to wake up at…. 3:45am. Blurgh. We managed to get 6 hours of sleep (we went to bed as soon as we could after the 5k ended), and race morning has so much adrenaline that it wasn’t as bad as I expected it to be. I did take an EPIC nap that afternoon, though.

One funny side note: we are far enough north now that even though we are in the same time zone as Denver, where it gets dark at about 8:30pm this time of year, here it is broad daylight until more like 9:30pm! You feel pretty lame going to bed at 9pm when the sun is still very much UP and there are still kids running around playing. I’m still cool, I swear…

The Yellowstone Half was unique for me because it, like the 5k, was a trail run. But instead of 3.2 miles, it’s 13.1. And instead of mostly flat ATV paths, it had a lot of rocky, gravel-filled sections that you needed to run downhill on. There was also a BIG hill at about mile 5 that lasted until mile 6. This is where you could tell who wasn’t acclimated to the altitude (6,667′ at the start line)! Almost everyone near me walked up the hill but I KILLED it and ran up the whole thing, because I am a boss. I was really glad I’d run so many hills and trails in training.

This course was really beautiful, too, but in a different way. There was a lot of dense pine forest and the second half followed a beautiful river (complete with beaver dams).

Trail running is so much fun. I’m glad I finally stopped resisting and am learning how to do it. The “running over uneven surfaces” thing scared me for a long time, so I definitely started small and I’m working my way up. It’s challenging enough that you are never bored, every run is different, and you are rewarded with views like this:

Anyways, after the final race was complete, I had a pile of medals, which was cool.

Then we went into the park to the Firehole River swimming hole, which was now open, and took a swim. It is NOT as warm as the name implies, despite having water from hot springs mixed in with the river. It was fun though, and the cold was probably good for healing sore muscles, because I felt much better the day after the race than I expected to!

Sunday we went for a hike and saw the Lone Star Geyser. We happened to walk up at the very moment it was erupting, which only happens once every 3 hours! I wasn’t fast enough with my camera, but it still looks pretty cool even when it isn’t erupting.

I still can’t get over how beautiful Yellowstone is. 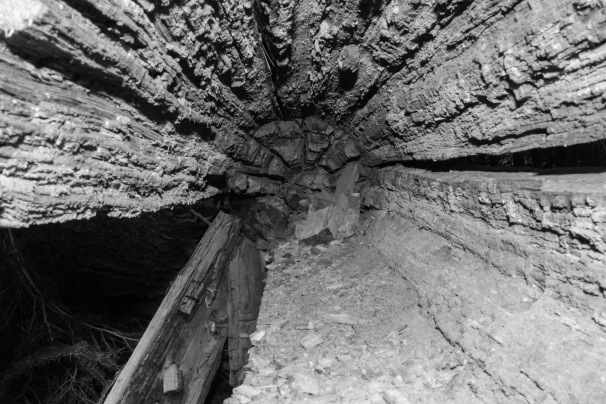 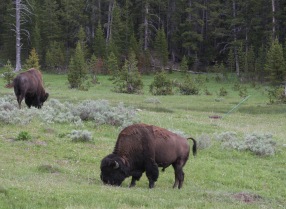