Saturday we hiked all day, with a good chunk of our time on the Nez Perce/Lewis & Clark Historic Trail. Then we hit the hot springs for a nice soak. Sunday we canoed the Blackfoot river and brought Cheat along (and- spoiler alert- he did great!). Here is the full report.

Saturday we headed south into the Nez Perce-Clearwater National Forest. The hike we chose was a short-ish out and back along a ridge line, called the “Lee Ridge trail.” It was right along the Idaho-Montana border, which was neat. I’d never started hiking in one state/time zone and ended in another! We stopped first at the Ranger Station, which was amazing. The ranger was more knowledgeable that most of the National Park rangers we’ve spoken with. She helped us answer questions ranging from how to identify wild huckleberries to finding our trail to helping fill our giant water jug to take back to camp. If Maritza’s manager happens to be reading this, give that woman a raise! 🙂 The station itself also had a lot of interesting information about the history of the Nez Perce trail and the area’s tribes.

Anyways, after one false start (I think it was a black bear path! O_O) on finding our poorly marked hiking trail, we got started hiking. The Nez Perce/Lewis & Clark trail (one overlapping trail in this section) linked up with the Lee Ridge trail after about 3/4 of a mile, so we started there. Apparently the forest service doesn’t have a trail crew right now (okay, hire a trail crew, then give Maritza a raise, alright?), so there were a LOT of downed trees to climb over. Like, at least a dozen in the first half mile (check out the pictures below). Cheat did a great job with what I will now call “agility training.”

Once we hit the Lee Ridge trail, we climbed up and up and up for quite a while. We were the only people out there, and the trail register indicated that the last people on the trail were there over a week ago! We did see lots of moose tracks though, which was neat.

We climbed through lots of old growth forest. It was very dense compared to Colorado, and had a much different feel to anywhere else I’ve been in the U.S. Just more… thick and remote. Eventually we came to a gorgeous overlook of the river below and snow-capped peaks out in the distance. The top of the ridge was also the dividing line between an old burn scar and untouched forest. It was definitely worth the climb. I trail ran most of the way down (whee!). 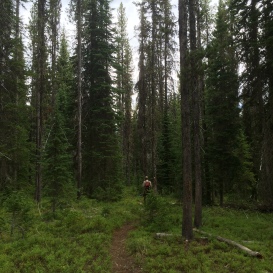 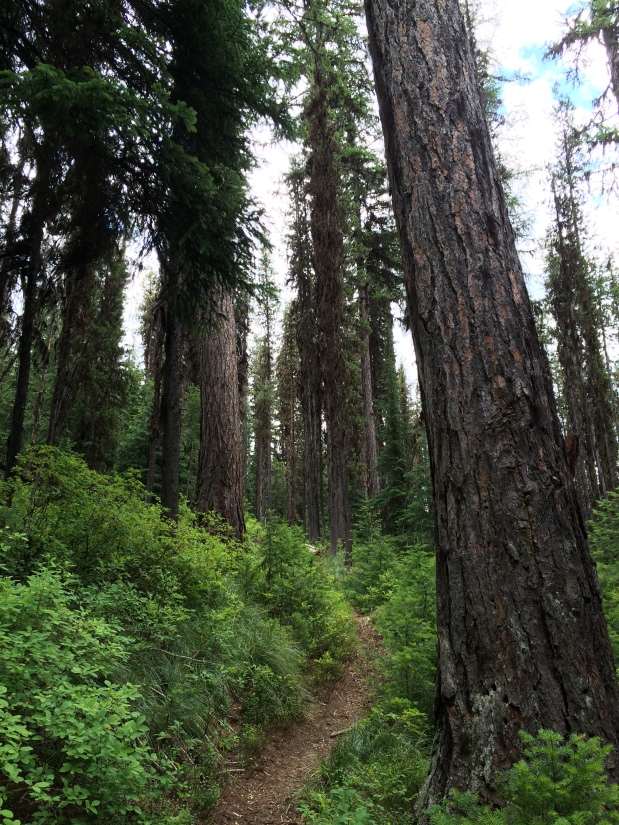 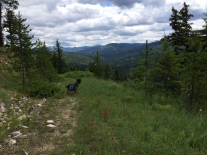 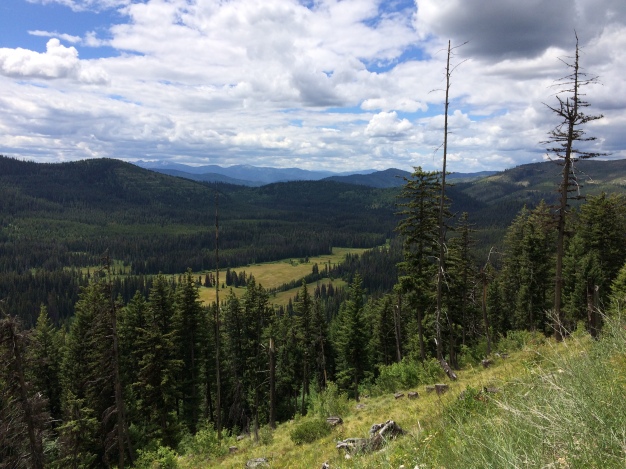 After our hike, we hit up Lolo Hot Springs, which Lewis & Clark likely stumbled upon in their travels. Of course, the buildings didn’t exist then. 😉 It was a nice finish to the day to ease sore muscles and get a shower.

Sunday we decided to try a bit of an experiment. Some back story: Cheat, who is named after a river, for goodness sake, does NOT swim. We have tried and tried to convince him, and after 5 years of hard work (okay, this work is usually pretty fun for me and Nik, and loathed by Cheat), he will now walk in until his legs are mostly submerged. This is huge! When we first got him, he wouldn’t even get his paws wet in a puddle or to cross a tiny stream while hiking. Now he goes in a little bit voluntarily! Woohoo! But… he does not swim.

So, we decided to try him in a canoe, but we did not have any idea what he would think of it. The shop we rented the canoe from also had doggy lifejackets, so we felt okay with the prospect of our canoe getting swamped and/or tipped over if he freaked out. We were also on a really calm and shallow section of river. There were nothing more than some class I riffles.

This was also new-ish for me and Nik. We have done a LOT of rafting together, and are pretty accomplished even in difficult whitewater (not that it has always looked pretty). We both also have done a lot of whitewater kayaking. However, we haven’t ever canoed anything other than a lake or ocean bay together. I haven’t canoed on a river since high school, and I didn’t know what I was doing then at all. Anyway, it was fun to do something a little bit different on the river together. I have a pretty great draw stroke, just sayin’. (…but Nik did all the work, really. I mostly petted the dog, looked at ducklings, and took pictures.)

We were pleasantly surprised that Cheat did GREAT! He liked to bite the waves on the side of the boat, and in the tiny rapids, he usually walked to the center of the boat and stood very still. He didn’t try to chase any ducks or jump out or anything.

We are thinking about getting him his own lifejacket now that this experience went so well. Then we could take him out on Stand Up Paddleboards (SUPs) with us or in a raft, if the water was calm enough. 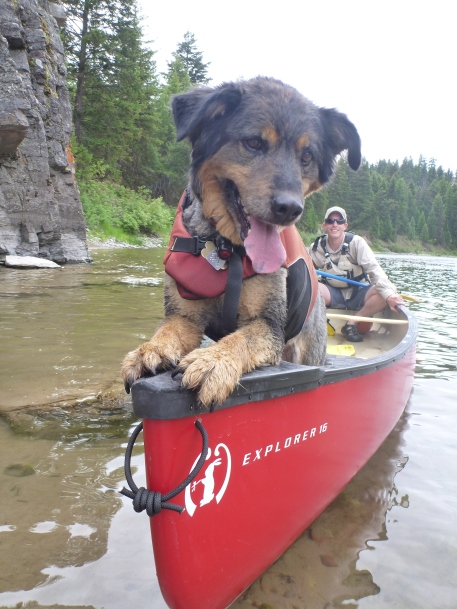 It was a wonderful weekend, one of the best in recent memory. It really recharged our batteries after a lot of travel days lately and feeling cooped up in the RV. Now we are taking a couple days to “get away” in a hotel in Missoula. I’m going to take the longest shower! 😀